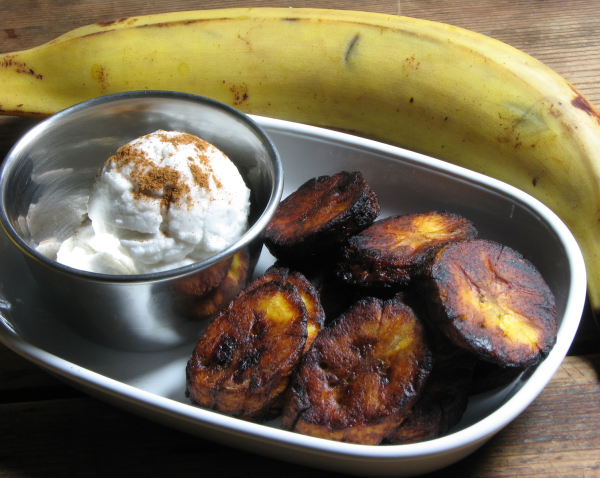 We are in week six of my resolution to write, and publish a blog post at least one time a week for all of this year. As some of you might know,  I am also doing a challenge on Reddit called 52 Weeks of Cooking. It appears, that was not enough for me, because 14 days ago I took on another challenge with two great, supportive friends, called the Whole 30 Challenge.  I am currently doing well on Day 14, and will write more about the Whole 30 challenge next week. Reddit’s 52 Weeks of Cooking theme this week is Jamaican. For this week’s challenge after deliberating once again, I decided to make Jamaican Fried Plantains. 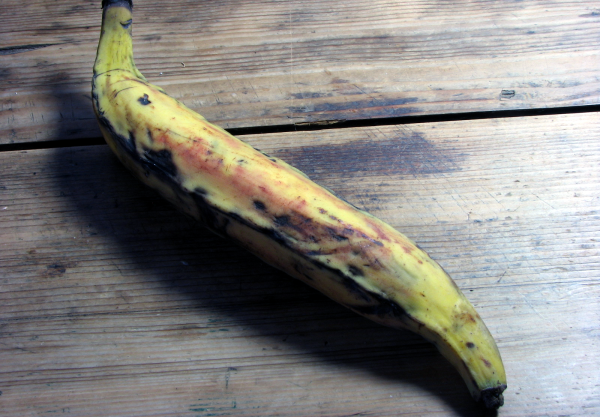 I was in the grocery store the other day, and I purchased several items;  two coconuts, one pound of tamarind, two limes, two cans of coconut milk, five green bananas, and five unripe plantains. I figured since Dominic is doing this Reddit challenge too, I would get enough ingredients for him to be able to decided what to create as well. 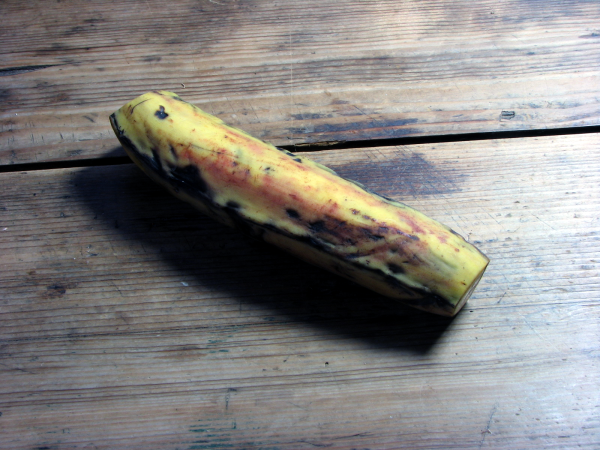 My first thought was to make a traditional Jamaican green banana porridge. I have been watching, and enjoying  Cook Like A Jamaican cooking videos all week. This recipe looked like it might be a great addition to our existing breakfasts,  homemade granola, steel cut oatmeal, and berry parfaits.  The recipe has some lovely warm comforting spices in it, and I felt I could just substitute coconut milk for cow’s milk, and make it work for me as well as my family. The only thing that I did not pick up at the store was sweetened condensed milk. I was not going back to the store, and by the time I got around to making the porridge, my bananas were no longer green. 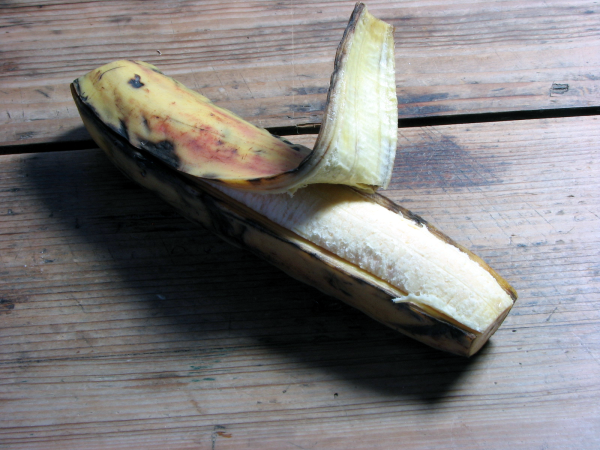 The next recipe I was thinking of was Jamaican Tamarind Balls. If you search for tamarind balls online, you will get a bunch of recipes that are basically the same. All add white sugar, some brown sugar, some Jamaican Rum, some even add flour to help the ingredients bind easier. Almost all of the recipes just call for shelling, and removing the veins from the tamarind flesh. Absolutely nothing is written about the big seed in the center of the flesh. I was actually wondering if I got the wrong type of tamarind. Silly me, It’s just that if people actually wrote in their recipes the hardship you were about to endure, nobody would make the recipes.  Friends, in order to get the flesh from the seed, you need to spend hours with a spoon actually scraping the flesh from the seed. An hour after doing this, I was wishing for a tamarind fairy to come and wave a wand and magically fill my bowl with tamarind flesh, sans seeds. The fairy did not come, and I decided tamarind balls were clearly not going to be my week six blog post. Next time I get a hankering for tamarind balls, I will be smart, and purchase a couple of tubes of tamarind paste. 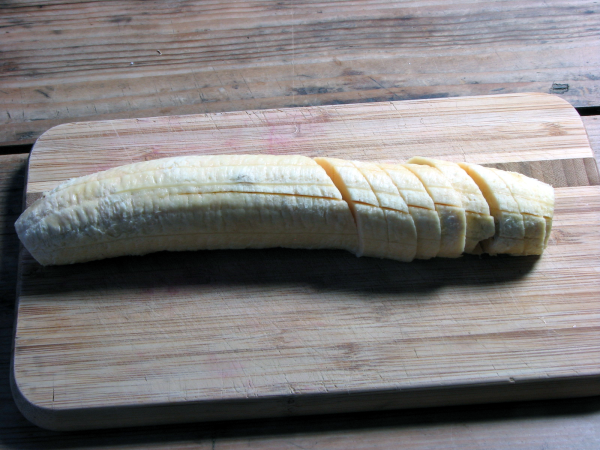 By now the unripened plantains were ripe, and ready to go. My across the street neighbor, and friend often fries slices of ripe, and unripe plantains. The other night, she brought me some unripe fried plantains called Patacones (an Ecuadorian snack), topped with homemade guacamole, and they were delicious! 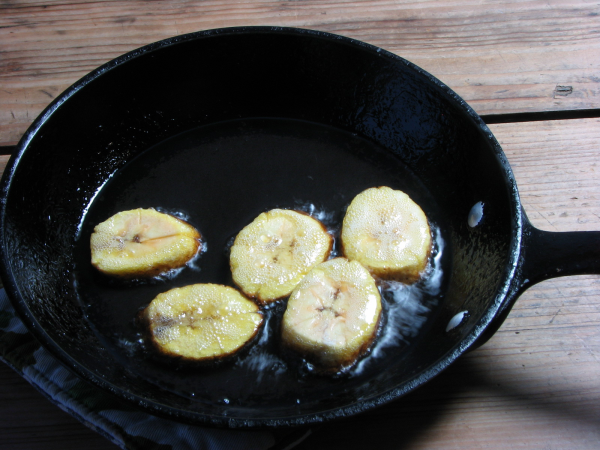 All the recipes I looked at used canola, or vegetable oil, because they both have a neutral flavor. Did you know that if you add a pinch of salt to raw, organic coconut oil, it will have a more neutral flavor too. I leave a jar of coconut oil out on my kitchen counter all the time, because it is my go to healthy fat. I scooped some into the fry pan, and when it shimmered, added some sliced plantain. After a minute or two, I noticed they were getting a little color along the sides, and I pulled a fork from the drawer, and poked the sides of the plantains, and lifted each one a bit to tell if the bottom had enough color. Sure enough, they were all a beautiful shade of caramel brown on the bottom. I stuck the fork tines into each slice again, and picked it up, and delicately flipped it, so I did not splash the oil. One to two minutes on the other side and they were perfect. Please watch them carefully, as will go from caramel to burnt very quickly. 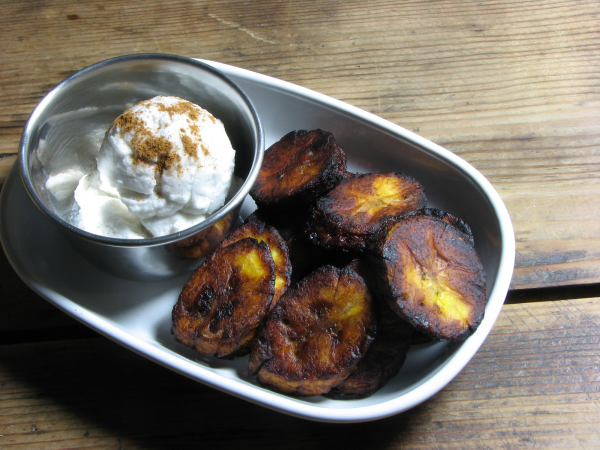 These Jamaican Fried Plantains are really delicious by themselves as a snack, or paired with your favorite meat or fish dish. Today I added some non traditional spiced coconut cream for dipping. It was really luscious, paired with the fried plantains. It enhanced their flavor, and made them more succulent. With or without the coconut cream, please make, and enjoy these with your family and friends. 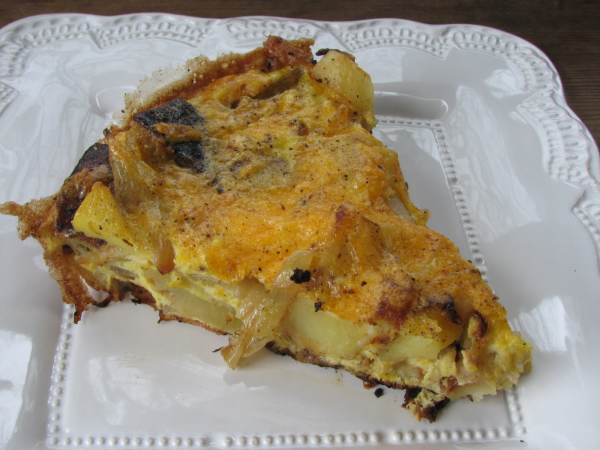 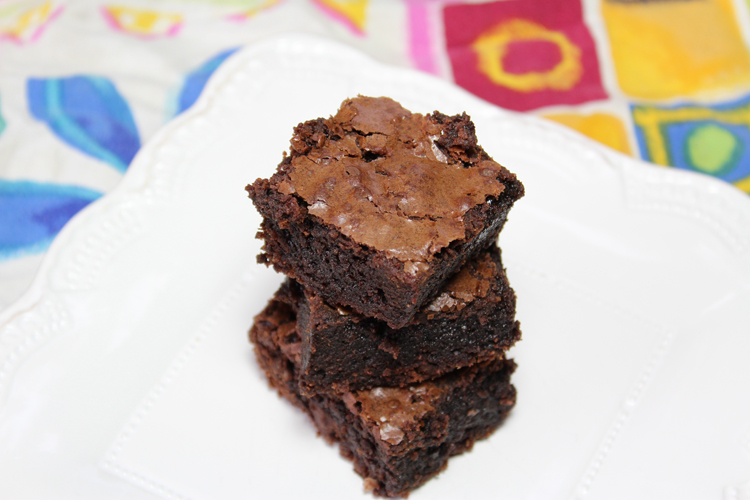 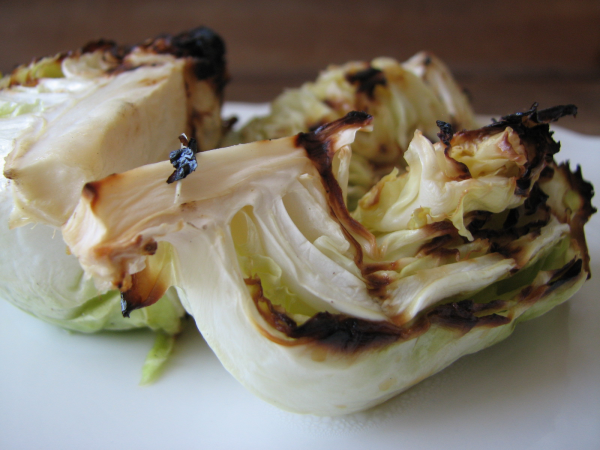 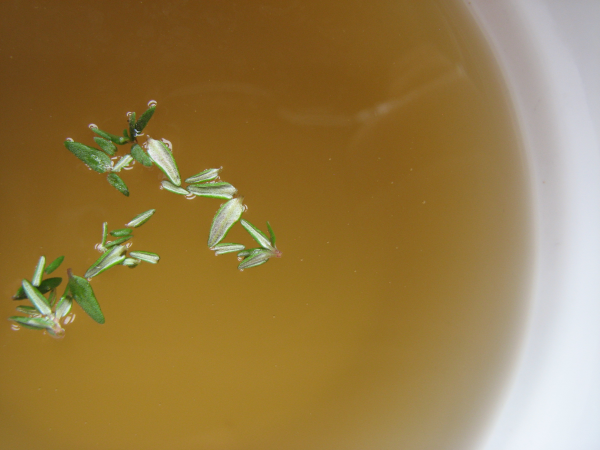