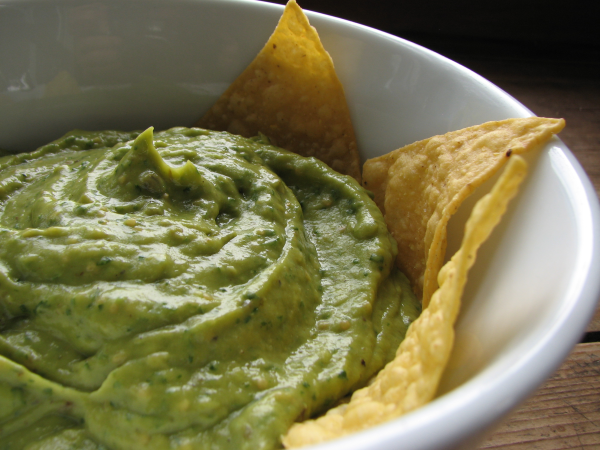 I have wanted to grow tomatillos, since the first Summer my family and I arrived in McMinnville, OR. I was walking down the street with my girls, headed toward downtown, no doubt to get some ice cream or go to the park. 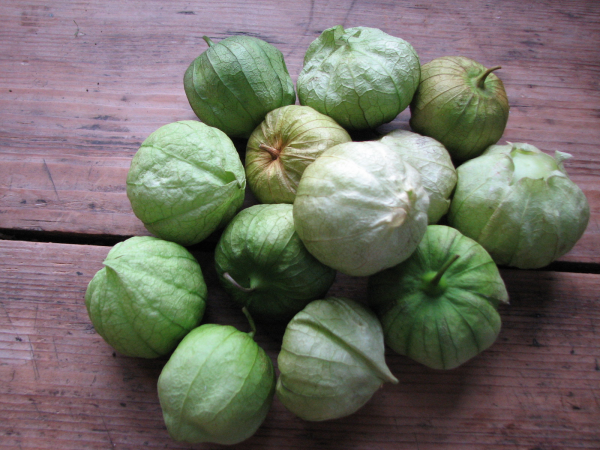 We walked past a house just a few blocks away and saw them, little green paper lanterns growing on what kind of looked like a tomato plant. I had cooked tomatillos before, but had never seen them growing beautifully on a plant before. I walked past frequently after that day, and took notice how as the weeks passed, the small green globes grew, and  filled out their paper husks, and were eventually ready to be harvested. I made a mental note to grow tomatillos that next Summer. 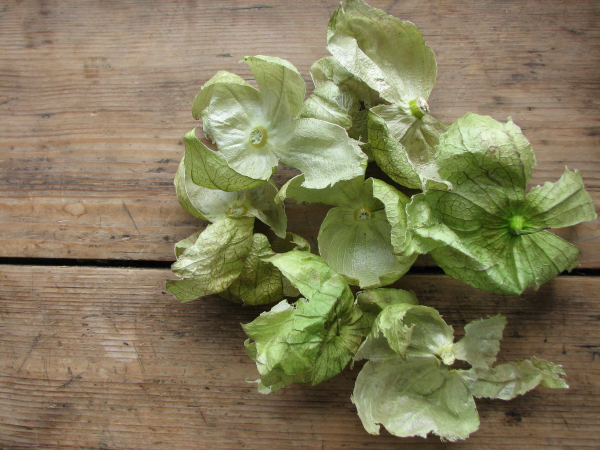 One would think I would know what a tomatillo plant  looked like, because I lived in Northern California, where you could have a beautiful garden all year round. Most people had their gardens in their backyards though. My very special next door neighbor, and friend however, grew a fruitful garden in her front yard, using wine barrels. She grew peppers, tomatoes, beans and sugars snap peas, but she did not, to my best recollection, grow tomatillos.

Sadly, we did not grow tomatillos this year. The planting season got away from us, and after we got all the tomatoes, eggplants, peppers, kale, kohlrabi, peas, beans, fennel…in the ground,  we ran out of time and space. I made a mental note after planting this year, to grow tomatillos next Summer. 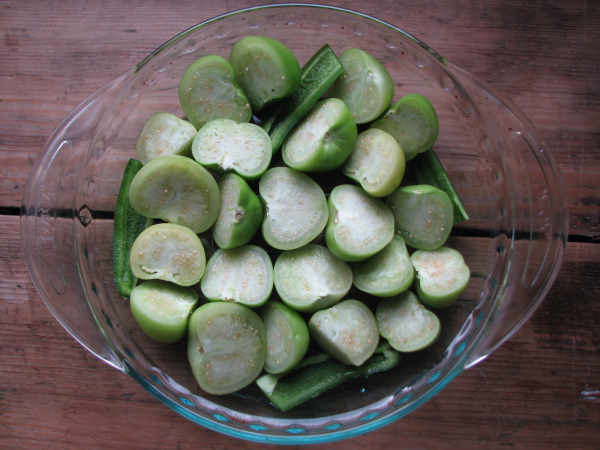 I remember the first dish I made with tomatillos, and I am absolutely positive Dominic will never forget it. We were still living in California, and I had purchased a pint of tomatillos at the Napa Farmer’s Market. I proudly purchased some japanese eggplants as well, with a delicious plan in  mind. I got home and de-husked the tomatillos and cut them, the eggplants, and an onion in half. I then put the eggplants, tomatillos, and onion on a sheet tray and drizzled them with extra virgin olive oil and sprinkled them with salt and pepper, and put them in a 350 degree oven to roast.  Sounds like it would be good, right? I took the roasted veggies out of the oven, and put them in a bowl with some garlic, and olive oil, and pulsed them with a hand blender. I tasted the puree, and was perplexed. I brought the concoction over to Dominic to taste, and he was perplexed.  Thoroughly discouraged, I scraped the inedible concoction out into the garbage, over four years ago, and have not cooked with tomatillos again, until a few days ago. 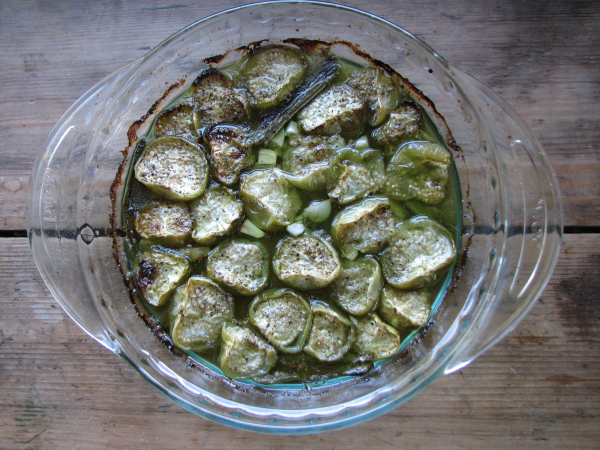 My second failed attempt at a tomatillo salsa(a few days ago), started out when I roasted  some tomatillos I had purchased a few days before at our local grocery store, with some lovely tomatoes from our garden, some garlic and diced onion. I pulsed everything, added lime and tasted it. I am sure I made a face, gave a taste to Dominic, and he made a face, and my second attempt sadly ended up in a mason jar in the refrigerator, where it sits, waiting patiently to be used as a marinade for some chicken, or something. I was making it for a friend’s appetizers and dips dinner that evening, so in the eleventh hour, I had to think quickly. I had some roasted beets in the refrigerator from the day before, so I ended up making a roasted beet root hummus, that I am happy to report everyone enjoyed. 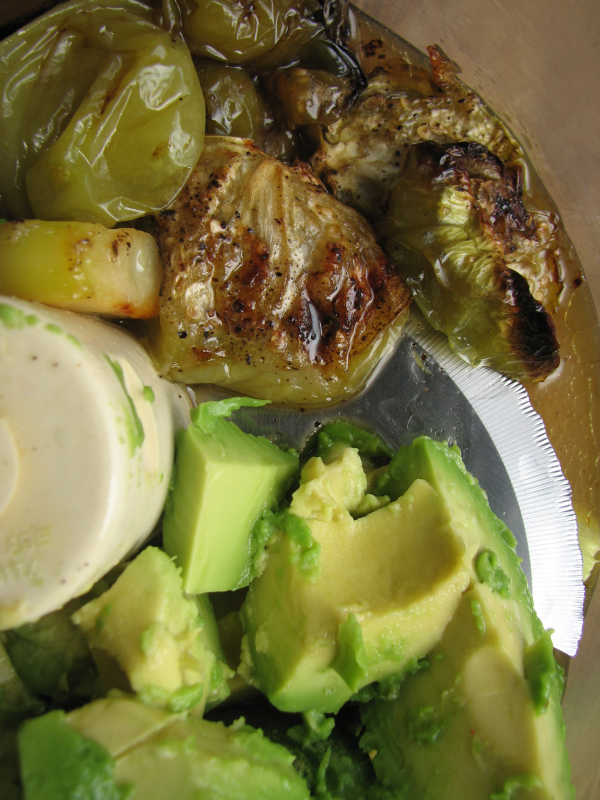 I purchased a pint of tomatillos from a friend at Growing Wild Farm, at the McMinnville Farmer’s Market, last Thursday. I told my friend of my tomatillo challenges and she suggested that I roast some tomatillos as I had done in the past, and then pulse it with avocado. I was going to a picnic with my girls and decided to give tomatillos another try. I added a few ingredients to the mix, and realized, when I tasted my newest tomatillo creation, that I would be proud to serve it to friends and family.  I brought this tomatillo avocado salsa to the picnic, with some gluten free tortilla chips, and everyone who tried it commented on how yummy it was. I think Marjie ate a third of the salsa, without double dipping once. 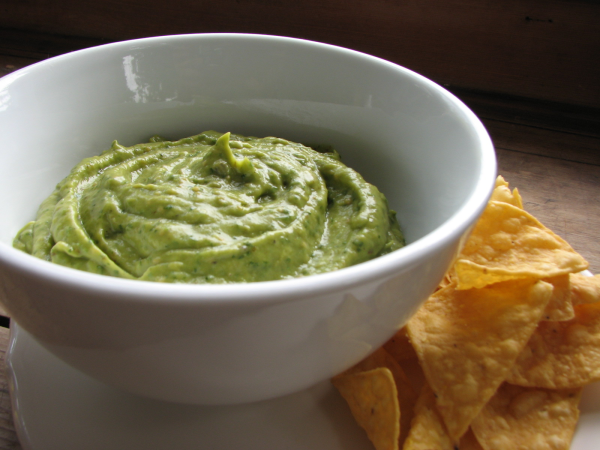 I enjoyed making the successful appetizer so much, this morning, I roasted some more tomatillos with another jalapeno pepper and some garlic, and tonight Dominic added some of the tomatillos to some  scrambled eggs, some leftover diced, smoked, pork loin, with onions and zucchini from our garden. It was so scrumptious, the girls, Dominic and I had seconds.  What is your favorite way to cook tomatillos? 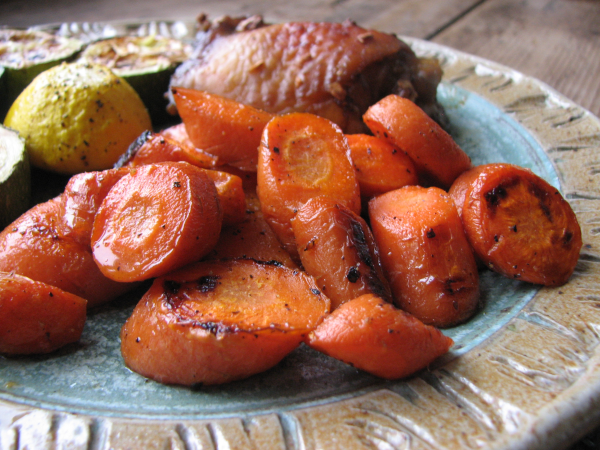 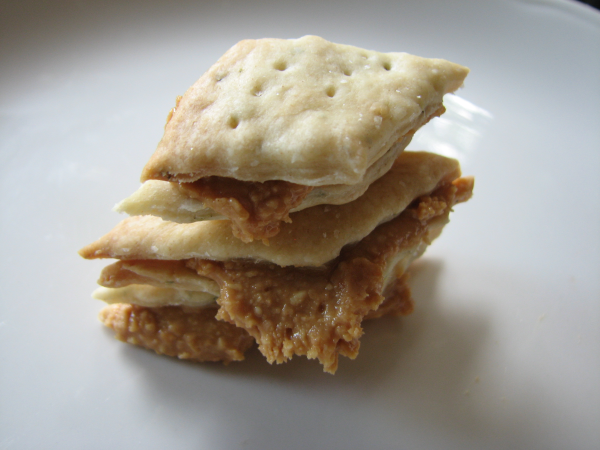 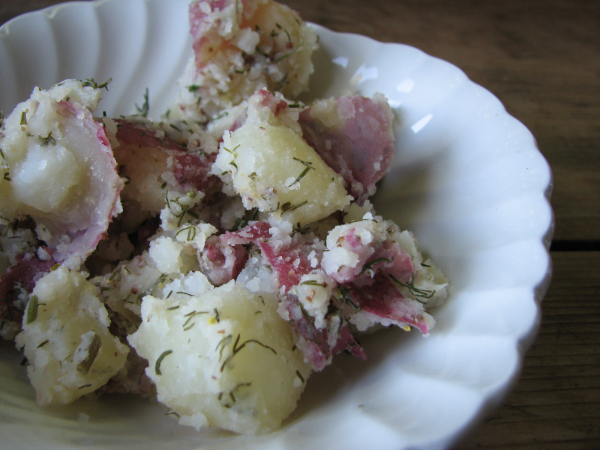 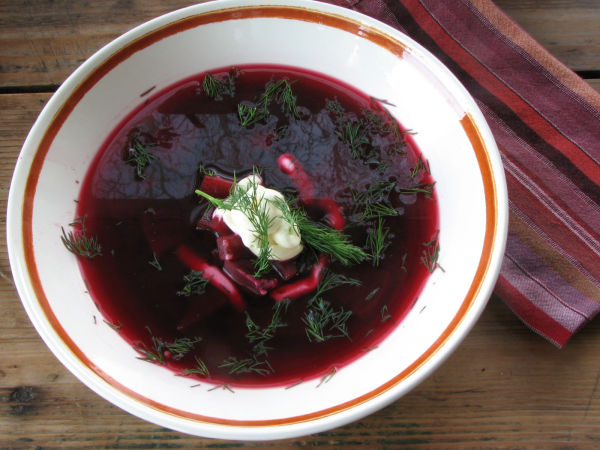